SF Seals has just been added as an MLS NEXT club for the upcoming 2022-23 Season.  MLS NEXT says "San Francisco Seals, founded in 1981, are one of the most storied youth programs in the country and helped develop former MLS standouts C.J. Brown and Calen Carr. ".  Read the full announcement from MLS.

"While more than 250 clubs compete in NorCal Premier Soccer’s leagues every year, only a select few are granted NPL Club status, ensuring that their top teams from each age group are automatically entered into the National Premier League.

And while many retain their designation as an NPL Club for a sustained period of time, only a few new clubs each year are determined to meet the standards of this designation."

Read the full announcement by NorCal. 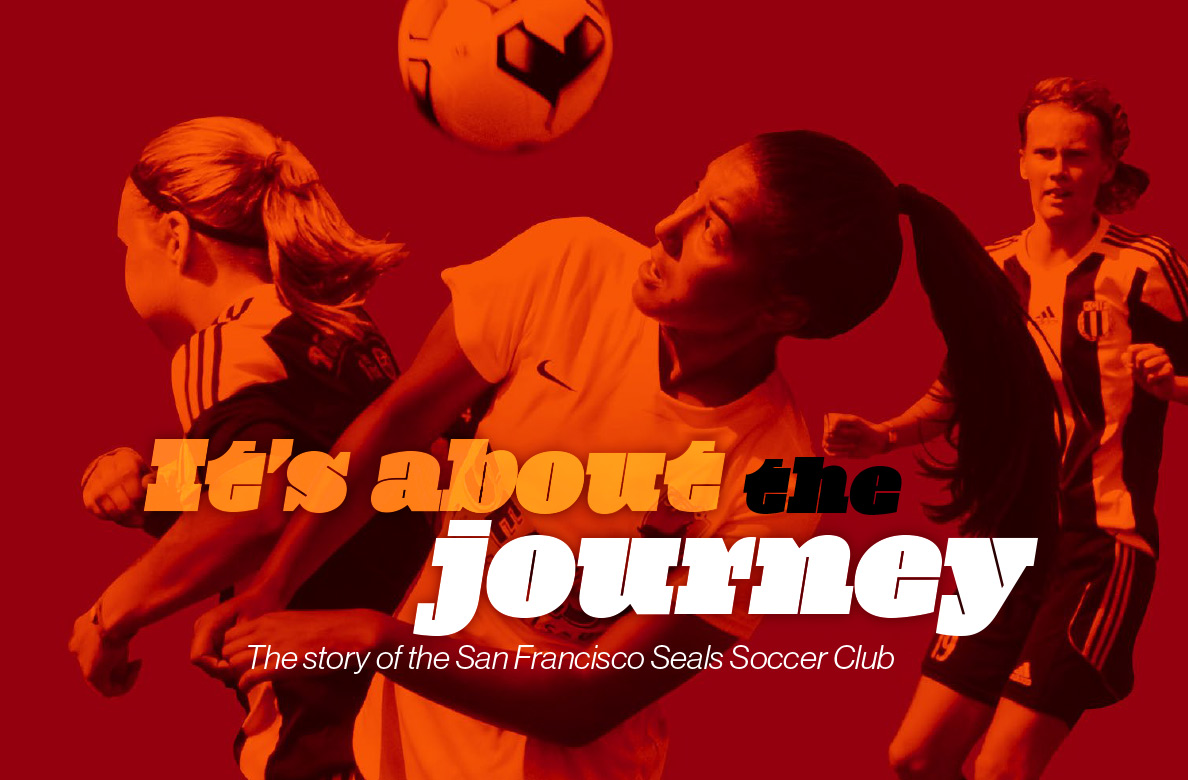 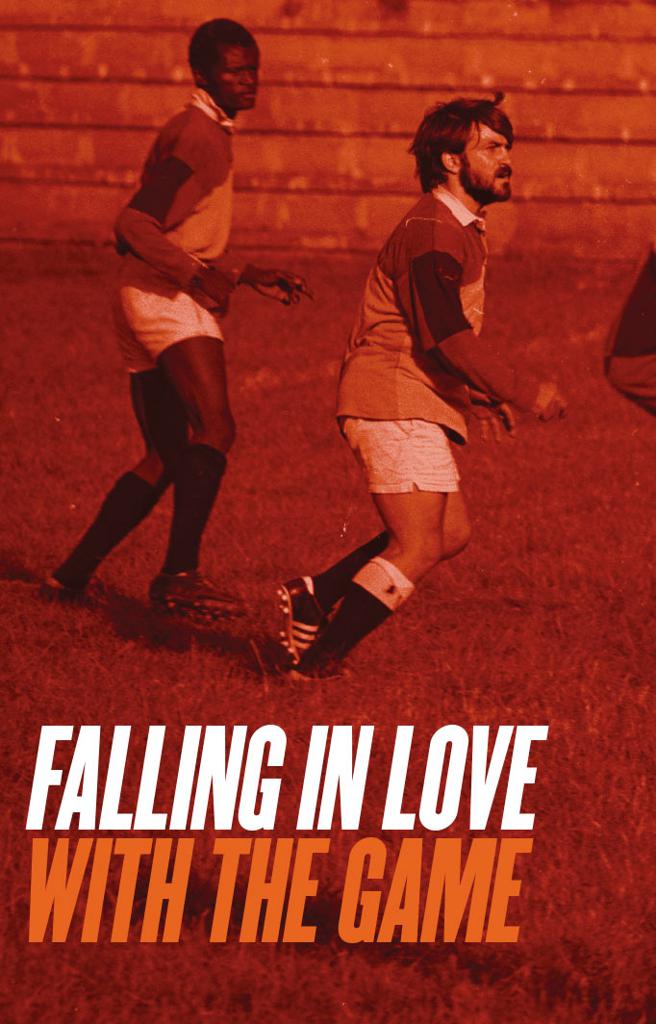 Seals founder Tom Simpson was a student at UC Santa Barbara, and catcher on the men’s baseball team.

Tom was escorting a group of 52 kids from 28 countries on a cross-country bus trip. Several times a day, at every stop, the kids piled off the bus, a soccer ball came out and a game started up.

Tom was amazed by the simplicity of the sport, the joy it inspired, the way it brought everyone together.

After the trip, he quit baseball and became obsessed with soccer. 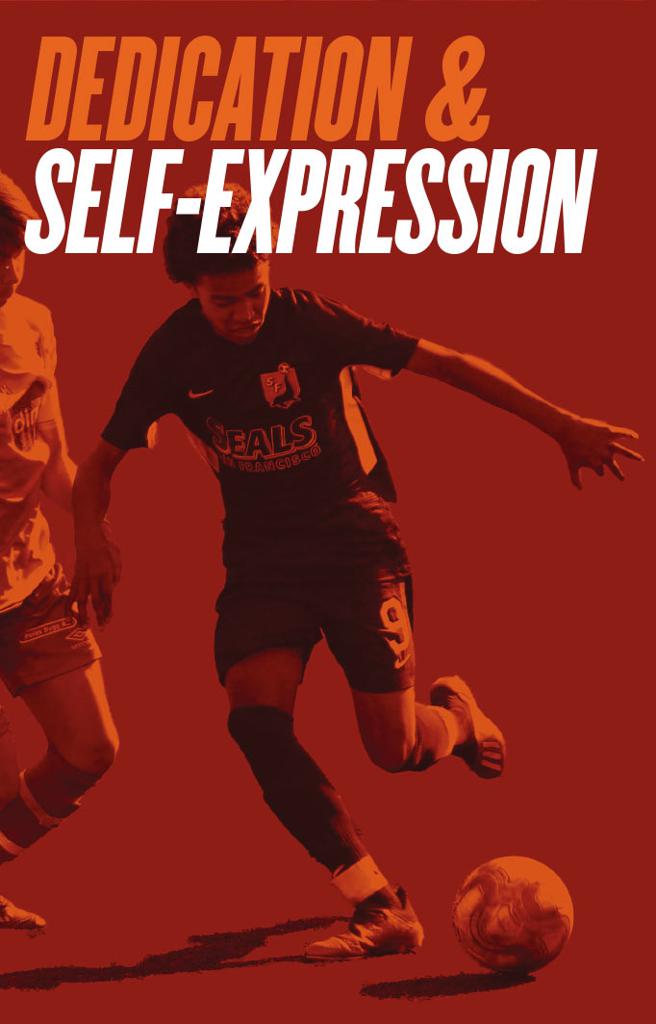 Tom coached the first San Francisco Seals team in 1981, his roster comprised of players the other teams didn’t want.

The Seals worked harder than their competition. They substituted the dominant “kick it and chase it” soccer with a free-flowing, creative style. And they succeeded.

Since 1981, 15 Seals players have represented the US mens national team, and 43 have played professionally for teams around the world. Seals has produced more college soccer players than any other San Francisco club.

In 1997, our men’s team beat the Seattle Sounders, the Kansas City Wiz and the San Jose Clash in a historic run to the semis of the US Open Cup.

Still, as awesome as all our successes are, passion for the game remains the thing we value above all else. 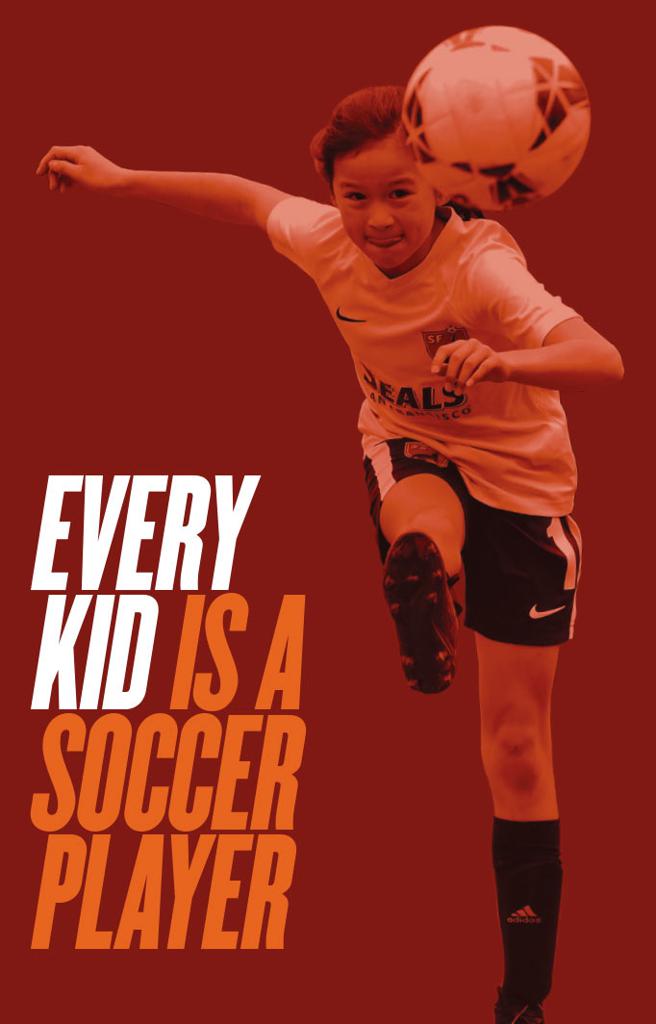 We welcome all boys and girls, wherever they are in their development. We invest ourselves completely in the success of every player, helping them to:

We value ball control and decision-making over physical size and speed. Most of all we value a positive attitude, an appreciation of hard work, and love for the game.

When a kid trains and plays with passion, everything is possible. 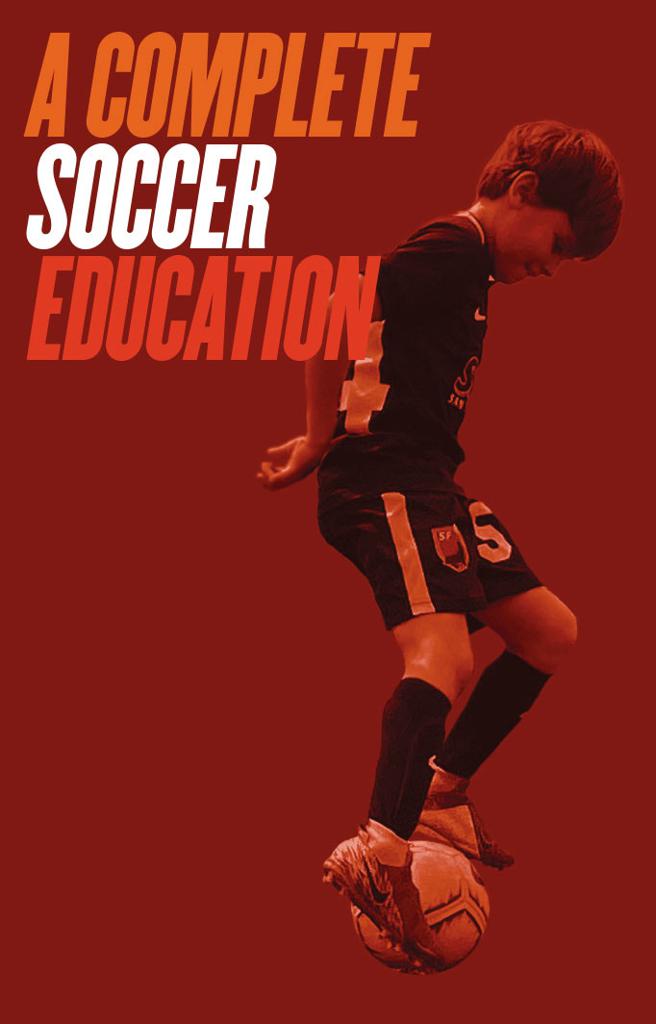 Seals fields boys’ and girls’ teams from U8 through U19 plus a Micro Academy program for U4 through U8.

We engage kids in a fun, rigorous curriculum of technical development, conditioning, psychology, even diet. When they reach 14, Seals players have the technique and fitness to start executing sophisticated game tactics.

Our summer Eurotour is a highlight of our players’ soccer education. We pre-train here in SF, then travel to Denmark for Cup One and Sweden for Gothia Cup. The thrill of competing against teams from all over the world brings the global dimension of the game to life. It truly is an experience to last a lifetime. 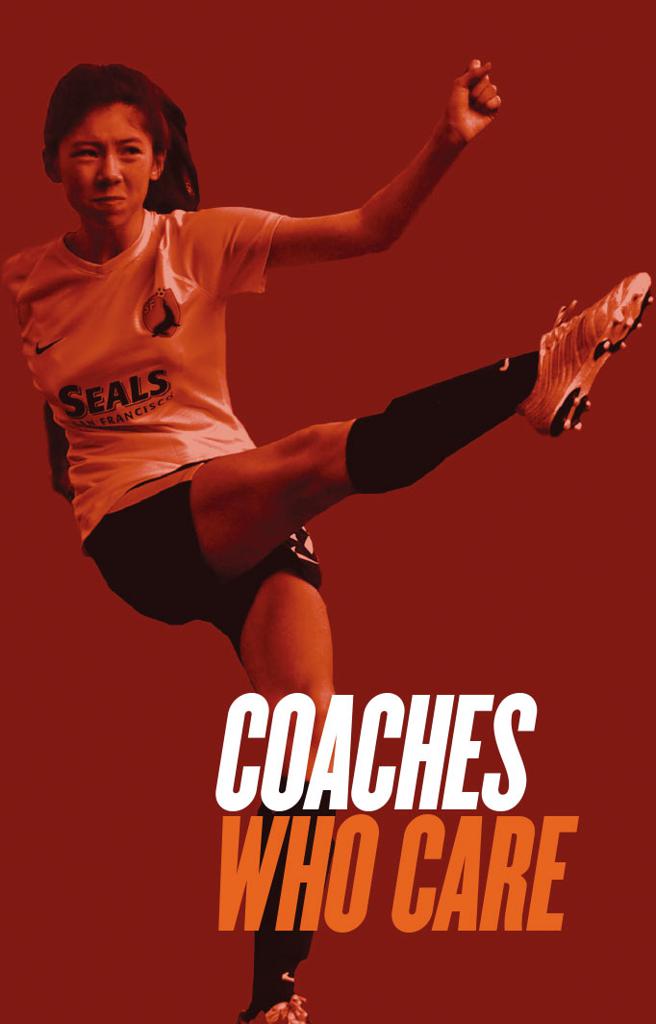 Our coaches embody our club culture. They love soccer, they love hard work and they love to coach.

Seals coaches know the game from the inside, as players. Most are former professionals, national team members and college players. They enrich our players with international perspectives from places like Spain, Senegal, Bulgaria and Morocco.

Seals coaches teach skills by demonstrating them. They exude the positive attitude and commitment to fitness we preach. And they share their own player experiences. There’s no personal challenge or game situation they haven’t encountered.

Director of coaching Shani Simpson, the son of our founder, has a trophy-laden track record as player and coach. He infuses the Seals organization with his friendly aura and low-key intensity. 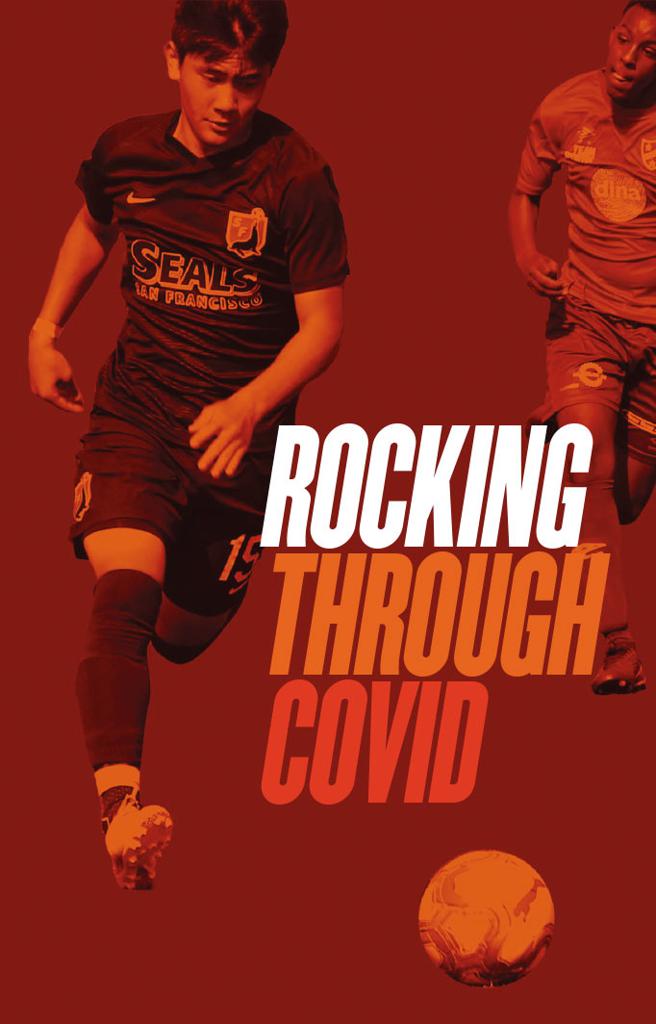 When COVID hit, we adapted in real time.

We immediately transitioned to Zoom-based workouts. We created a club-wide training log for players and coaches to track individual workouts. We awarded weekly prizes to players who showed exceptional commitment. We kept things intense, personal and productive.

NBC Bay Area thought what we were doing was so innovative they featured it on the news.

The moment it’s safe, we’ll return to live training and games. We’ll play official matches and set up friendlies. Whether we’re on the field or online, we’ll continue teaching positive psychology and helping our players thrive and grow. 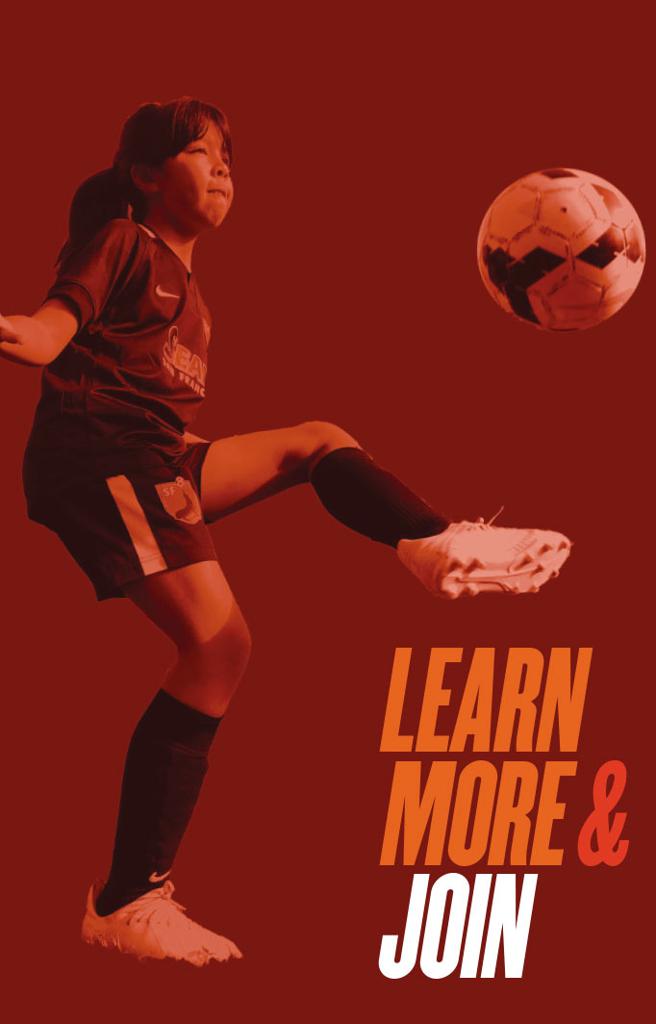 We want to meet you, answer your questions and give you a sample of Seals soccer. Here are some ways to connect.

We provide program activities for our club members under the health and safety guidelines established by our local public health department as well as following best practices from soccer clubs around the country.  For more information about joining Seals, please check out our Programs and Tryouts pages. 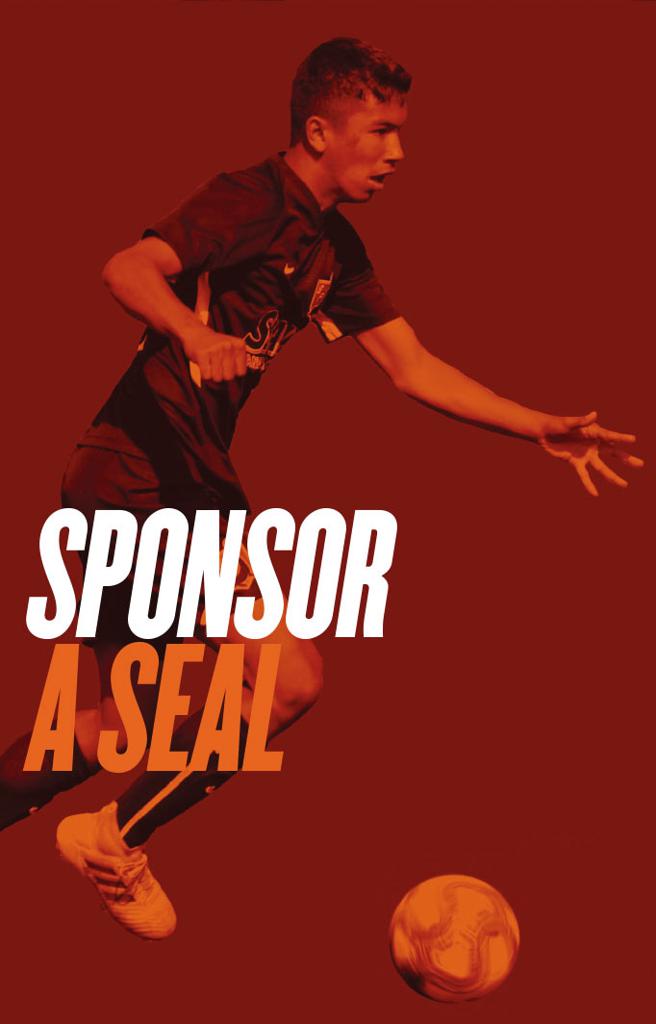 Great soccer players come from all economic backgrounds. We want to welcome them all to Seals.

That’s why we ask individuals and companies who have the resources to make tax-deductible donations to our Seals scholarship fund.

With the impact of COVID, more families than ever may need some extra help. And especially now, all kids need bright spots in their lives. They need positive growth experiences and connection to other kids.

If you can, this is the perfect moment to give a kid the gift of soccer. 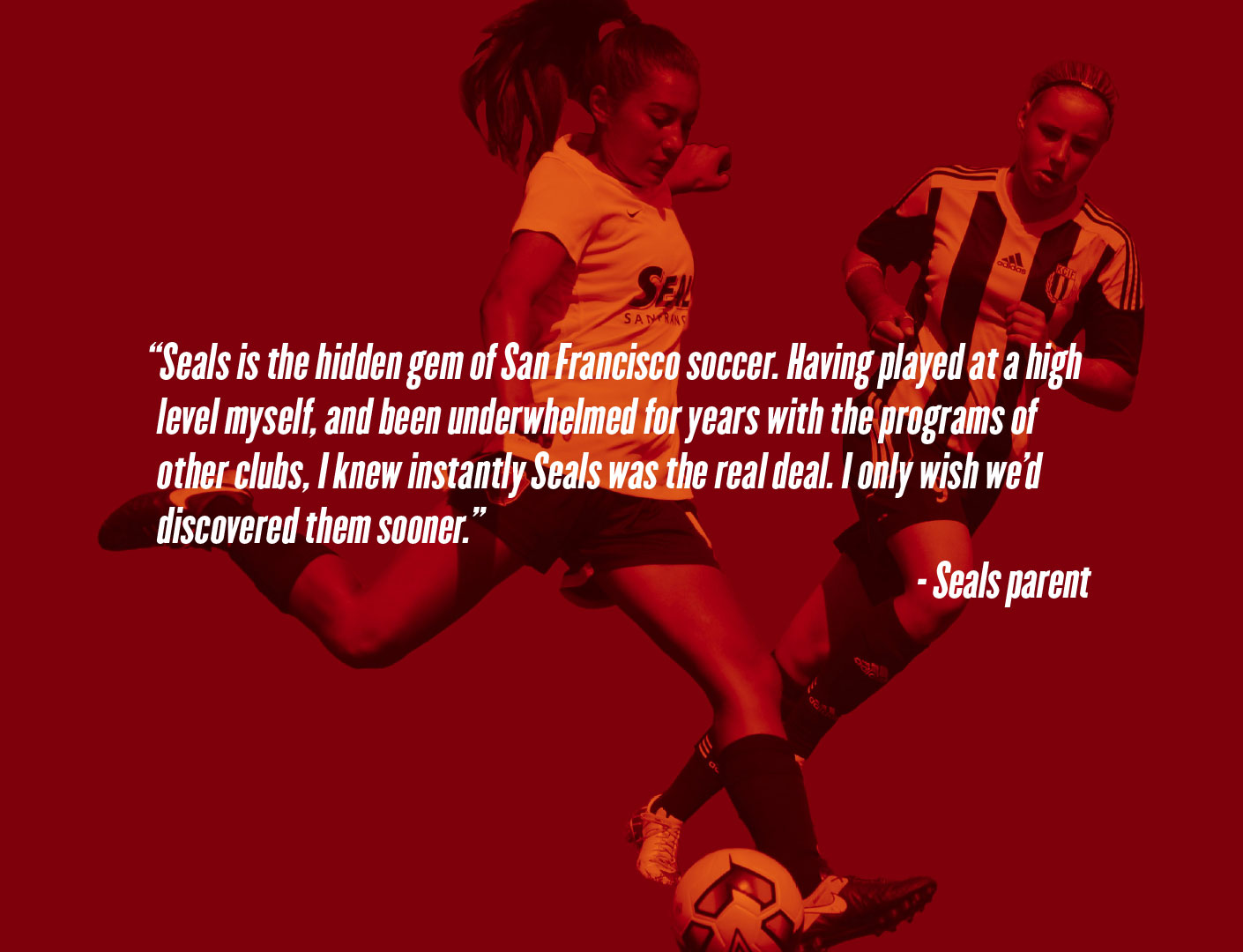